Are You Ready for the Modern Slavery Act Audits?

When the Modern Slavery Act (MSA) was first introduced into the UK in 2015, it was lauded as a tool to transform supply chains across the globe. Four years on, however, it has been criticised for failing to cause true change or compliance within businesses and leaving supply chains at risk of forced labour. 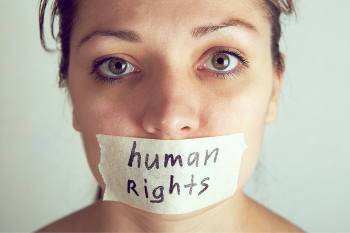 The Act itself defines modern slavery as “slavery, servitude and forced or compulsory labour” and “a crime resulting in an abhorrent abuse of human rights”. There are approximately 40 million victims of slavery globally, with 25 million in forced labour and 5 million subject to sexual exploitation.

If you own a smartphone, an item of cotton clothing, and eat food, you probably have in the region of 40 to 60 slaves who work or have worked for you.

Businesses producing a turnover of £36 million+ are now held responsible for any labour abuses that occur within their operations – regardless of how far down the supply chain. Section 54 of the MSA requires qualifying businesses to produce statements, within six months of their financial year end, detailing their intended steps to tackle supply chain slavery.

In late 2018, the UK Home Office informed businesses who’re obliged to produce a Modern Slavery Act statement, of their intentions to carry out audits of their compliance with Section 54. Businesses who fail to reach the required standards will be “named and shamed” in a public report as well as facing potential injunctions.

What are the requirements?

Guidelines issued following the Modern Slavery Act’s release, offer businesses a guide into how to write, structure, approve and publish their statements in order to comply with the legislation. Key information required includes:

How to be compliant

There are a few key steps you can take to ensure that your organisation will be compliant during its MSA statement audit, including ensuring that the latest statement was published within six months or less of your last financial year end.

Most importantly, be transparent. It’s essential to be transparent when it comes to modern slavery reporting, including who and what occurs in your supply chain; but in order to achieve it, you must go beyond supplier lists and beyond tier one.

Being clear and succinct will really go a long way. Make it as easy as possible for the person conducting the audit to find the information required. Make sure you have reviewed your facts and are clear on where you are to date, and what you intend to do to make improvements.

Finally make sure your targets are realistic, measurable and achievable, as businesses are required to update their statements annually, the ability to clearly show and demonstrate progress will be essential to successful compliance and your brand image.