Counterfeiting and brand imitation are growing problems for the fashion industry. Despite evidence that consumers are becoming increasingly ethically minded, the pressure on disposable incomes has made cheap versions of luxury items too tempting for many people.

Research conducted by Vestiaire Collective discovered that 22% of shoppers have knowingly purchased 'knock-off' fashion goods instead of the genuine article, with fake designer handbags the most commonly bought item.

The problem has been exacerbated by access to cheap labour and the development of mass manufacturing techniques in the Far East, coupled with an explosion in demand for luxury items in countries like China over the last decade. Clothes by many luxury fashion houses are now produced in the same factories as mass market items. Although this has increased profit margins for high-end retailers, it has also placed their designs within easy reach of counterfeiters and copycats.

Brand protection company Mark Monitor estimates that the annual cost of counterfeiting stands at £86 billion across all industries. There is no doubt that it is extremely damaging for clothing retailers, and not just those at the top end of the luxury scale. But can companies combat counterfeiting through the way they manage their supply chains?

The Battle against Fake Fashion

Traditionally, the fight against counterfeit goods has relied heavily on legislation and enforcement. In the UK, brands have spent millions on identifying orders of fake goods, as well as working with customs officials to find and destroy them when they enter the country. They can also pursue litigation against those involved in producing the items. In May 2012, Burberry was awarded $100 million (£61 million) in damages after taking legal action against a network of websites selling replica goods from China.

Unfortunately for retailers, stopping fake goods from being created in the first place is much more problematic. Once a product goes out into the public domain, it is relatively easy for a counterfeiter to produce a copy of it. And due to the large sums of money involved, the law is not currently an adequate deterrent for criminals who know they will find a market for their imitation goods.

Of course, apparel manufacturers can reduce the risk of products being copied by only doing business with known, trusted partners. This way, they can prevent trademarked designs, unique trim items and production secrets falling into the wrong hands or being sold on by unscrupulous suppliers.

This is how ethical supply chain management can support a retailer's brand protection efforts, although this alone is certainly not enough to eradicate the huge volume of counterfeit clothes that continue to flood market stalls, pop-up shops and web stores on a daily basis.

Keeping Goods off the Grey Market 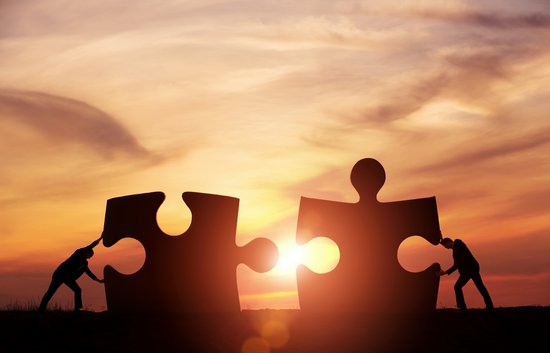 However, keeping a close eye on supply chain relationships and fostering ethical partnerships contributes to brand protection efforts in other ways. Most importantly, it can prevent their goods reaching the 'grey market', where genuine products are sold through unintended channels by unauthorised traders.

The grey market does not receive the same attention as counterfeit goods, but it is another widespread form of piracy. It typically occurs as the result of complex and highly extended supply chains, which rely on a number of strategic partners to ensure the goods reach the final customer. At some point along this extended chain, items are leaked into the marketplace by partners seeking to make a profit by circumventing the manufacturer's own pricing guidelines. They may do so my fraudulent means, such as misreporting inventory or changing order patterns to obscure the leakage.

Again, retailers can prevent their brand sustaining damage in this way by building a supply chain with approved and ethically sound partners. A production tracking system, which will immediately alert the user if the production of items moves outside the approved parameters of their supply chain, is therefore an increasingly valuable tool for brand protection.