Friday the 18th January saw us co-host an event with two of our partners: Verisio, a global audit company and Unseen, a charity driven to end modern slavery worldwide. The focus of the day was to discuss the issues of modern slavery in retail supply chains, to review the progress and changes made to date and think of ways more progression could be made and how all parties might better work together in the future. We were honoured to also host Kevin Hyland OBE (formally the Independent Anti-Slavery Commissioner), who prepared an in-depth, thought provoking speech, detailing his experience, drivers and ideas.

The truth of modern slavery 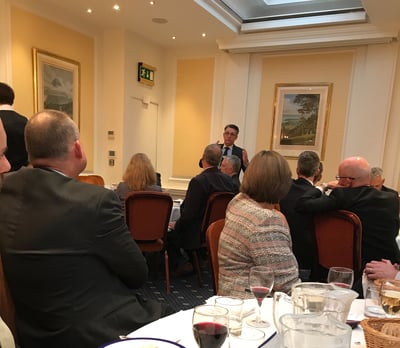 We were delighted to see many retailers in attendance, together with other consultancy businesses, all focused on the topic for discussion and assisting in increasing positive progress and collaboration. When Kevin Hyland spoke, the room was silent, he relayed his personal experiences of travel and witnessing the effects of slavery first hand, the impact it has on communities, families and individuals. It was truly heart breaking to hear.

He explained that we all think of slavery as happening in another country, but we needed to understand that those occurrences were as a direct result of our consumer demand, and that there are also people suffering the same fate closer to home. Modern Slavery could no longer be thought of as someone else’s problem, we all need to take responsibility to combat it. He explained that we need to be passionate and driven. We need to be the change we want to see in the world. Kevin highlighted that since the inception of the Modern Slavery Act in the UK, other countries had followed, and momentum is building but progress in the UK had been slow and needed to be improved.

Kevin concluded that progress would remain slow until fines are imposed for non-compliance, he said that he felt until the money was affected the progress would be as good as it could be. The room seemed to concur, some suggested that the Modern Slavery Act should be supported by a recognised industry standard, with strict criteria attached, a clear process and achievements recorded, as with other legislation, such as Health and Safety etc. This was also met with agreement. 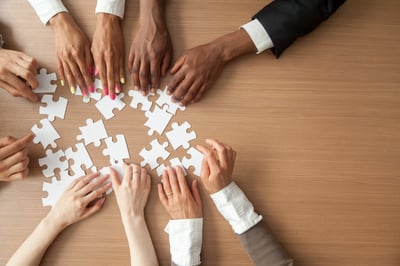 Verisio, Segura and Unseen have been working together for some time now, trying to raise awareness of the issue and show ways that retailers can combat occurrences that are undoubtedly happening somewhere within their supply chains. Segura’s platform is designed to ensure retailers know the factories and locations with whom they are working with, to allow them to report on each tier of their supply chain. Segura integrates with other providers so that audit capture, for example, is done with ease. Verisio offer a full audit service, ensuring that the factories used are ethical and compliant. Unseen advise and help us to make our solution even better by providing direct examples of where modern slavery is taking place, they also provide ideas on how Segura can assist in combatting the issues. We all truly believe that through working together and sharing our knowledge we can have a big impact and assist with the eradication of Modern Slavery.

What was obvious to me, is everyone who attended is serious about working towards the eradication of slavery, the road is long, the government need to follow up on their promise to impose fines and there is more work to be done.

The convivium made it clear that there is serious dedication from organisations, businesses and the public to eradicate modern slavery and this is to be applauded. However, there is much more to do.

I’m often reminded of this quote:

The only thing necessary for the triumph of evil is for good men to do nothing.

It might need a bit of 21st century gender updating, but the central message is still as important today as ever. We all need to ask ourselves what we can do to combat this evil in the world and not leave it to others.