January 1st 2012 provided a particularly jubilant New Year's Day celebration for all those campaigning against human trafficking, modern slavery and forced labour. This was the day that California's Transparency in Supply Chains Act, initially approved by then-governor Arnold Schwarzenegger back in September 2010, came into effect. 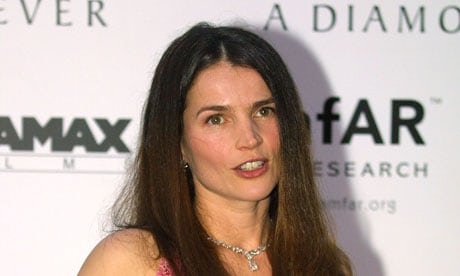 Also known as SB 657, the law requires all retailers and manufacturers of a certain size trading in California to publicly disclose their efforts to remove forced labour and trafficking from their supply chains. It applies to any company that does business worth $100 million (£62 million) or more in the Golden State. According to California's Franchise Tax Board, the number of firms affected by the act stands at approximately 3,200.

The law is the first of its kind, and has been widely viewed as a major step forward in combating worker exploitation and improving standards of corporate disclosure. Although some commentators have claimed it does not go far enough, the act has certainly prompted many apparel companies to place their supply chain strategies under renewed scrutiny.

Two common criticisms of the California act are that it is unambitious and lacks teeth. In order to comply with the legislation in its current guise, companies must simply make a statement on their website about what they are doing to eradicate forced labour and human trafficking. As Shawn MacDonald, director of programmes and research at fair labour organisation Verite, recently told the Guardian: "You can even say on your website, 'We don't do anything on this' and then you are in legal compliance." For many campaign groups, the act is also frustratingly light on enforcement - it makes no allowances for penalties in cases of non-compliance.

These criticisms may hold some weight, but SB 657 remains a landmark piece of legislation that should pave the way for more expansive laws. California's lawmakers certainly deserve credit for placing the spotlight on an issue that is so often hidden from view. The fragmented nature of global supply chains means large global businesses can become enablers of trafficked and/or enslaved labour without even realising it. The act means companies are more accountable for labour conditions in their supply chains and can no longer shirk responsibility for what goes on in every factory with links to their products.

In the UK, SB 657 is expected to influence the forthcoming Modern Slavery Bill that was recently discussed by home secretary Theresa May. Due to be introduced before the current session of parliament closes next spring, the bill will seek to update the country's existing anti-trafficking laws. Lobbyists also hope it will include provisions for tougher supply chain regulations.

In the meantime, the onus is on retailers with global sourcing operations to take control of their supply chains, vet all potential suppliers thoroughly and weed out any undesirable elements as quickly as possible. Soon, business could face legal consequences - not to mention severe reputational damage - if they fail to take this course of action.

Speaking to Reuters shortly after SB 657 was introduced, SNR Denton partner and retail fashion law expert Monica Richman offered some advice for retailers. "Know your suppliers well," she said. "Be very cautious if you're doing a new engagement. Really try to have random inspections. Be very proud of every element of your supply chain. And, then, conduct business as usual."

Companies may need to find new supply chain solutions that allow them to gain levels of visibility and supplier compliance they had previously not needed - or wanted - to achieve. Production tracking systems like Segura are designed to enforce transparency and remove unethical suppliers from the secondary supply chain. They do this by ensuring that every order for labels or trims is passed to an approved supplier. Each supplier must subcontract using the system as well, which means they too can only select approved partners.

As more legislation follows in the wake of SB 657, companies that leverage the technology at their disposal to eradicate all unethical practices from their supply chains will ensure they are legally compliant - but the benefits go further than that. Transparency was good for business before the act was passed and its impact on sales, brand and reputation will only increase as more laws come in.