Local links to the abolition of slavery

1stAugust marked Emancipation Day – a holiday to mark the end of slavery in the British Empire. I’ve taken a look at the events in our local area to commemorate the ending of the slave trade. 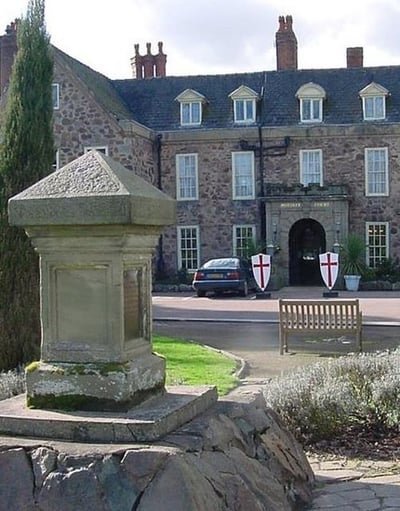 Residents in our local area of Charnwood have been reminded by Rothley Court Hotel of the monument on their grounds which records the work of two successful abolition campaigners: William Wilberforce and Thomas Babington. In the lead up to the Abolition of the Slave Trade Act in 1807, the men would meet regularly at the pub – previously the Rothley Temple.

Thomas Babington was the eldest son of Thomas Babington of Rothley Temple, from whom he inherited Rothley and other land in Leicestershire in 1776. He was educated at Rugby School and St John College in Cambridge where he met William Wilberforce – the MP who would bring the Bill to abolish the slave trade to Parliament. Together they spent their lives fighting to end slavery both in the UK and Abroad, eventually leading up to the Abolition of the Slave Trade Act in 1807.

Fast forward to 2019 and sadly, despite all the hard work of people in the past, slavery still exists and it's closer to home than we think. When we think of slavery, we often conjure up images of deprived countries hundreds of miles from here, decades ago, but in reality, that simply isn’t the case, it’s happening today, right here in the UK.

Just last month, a 54 year old man of Beaumont Leys, Leicestershire was charged with four counts of holding a person in slavery or servitude and four counts of arranging or facilitating the travel of another person. Recently, they revealed the scale of the crime in the county, reporting that they had 50 lives cases and that slavery; predominantly working in car washes, nail bars or as slaves on traveller sites.

On social media last week, Leicestershire police force published a video to explain why they have expanded their modern slavery team to clamp down on the crime. The video is being used to raise awareness of the signs to look out for and how to report suspicious behaviour. In June the force also launched a campaign with the tagline #KnowTheSigns, over the course of 5 days they posted on social media platforms Facebook and Twitter to raise awareness of the crime.

These are just a few of the local stories, unfortunately it has been reported that they are tens of thousands of slaves in the UK alone!

The story of Thomas Babington and William Wilberforce has resonated with Segura due to us being based locally but also due to the nature of our business.

Segura is a platform which enables businesses to have full visibility and control over the entire supply chain. This means they can ensure that all of the suppliers in their chain are ethical and complying with the Modern Slavery Act and other legislation protecting workers.

Last year Segura partnered with a charity called Unseen who help survivors rebuild their lives once they have escaped slavery.

If you would like to hear how Segura can help your organisation with supply chain transparency please get in touch.

All of us need to learn to spot the signs of modern slavery, it could be your neighbour you see every day, or the friendly man at the local car wash. If you suspect anything please call the Modern Slavery Helpline on 0800 121 700.

Want to learn more about slavery in the UK?