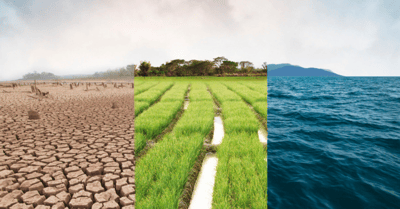 This month, the UK Parliament declared a climate emergency in an attempt to encourage action and reduce our environmental impact, together. Concerns around climate change have heightened in the wake of documentaries such as Sir David Attenborough’s “Our Planet”, which highlighted the terrifying effects of our actions on the world around us, and what climate change really means.

In the next few decades, we need to do something unprecedented – achieve a sustainable existence on Earth.

If we continue as we are, the changes can have (and are already having) drastic impacts on all life on Earth.

Here we’ve looked at 8 small differences you can make in your day-to-day life to reduce your impact on the environment and do your part to help fight climate change:

Astonishingly UK households alone waste 7.3 million tonnes of food annually. By loving your leftovers; turning old veg into soups, fruit into smoothies, freezing food for another day or by boxing-up last night’s meal for lunch at work the next day, you can help to reduce this figure significantly.

The fashion industry is the second largest polluter in the world, after oil. If each and every one of us considered whether we could repair an item of clothing before throwing it away, imagine the impact we would have together!

Globally, we’re producing over 100 billion new garments from new fibres every single year, and the planet cannot sustain that.

Or switch to sustainable. According to a report by Water UK, disposable wipes could make up around 93% of toilet blockages, entering water suppliers, harming marine life, and entering our food chain. Spending an extra two minutes with a flannel and a cleanser or switching to a sustainable alternative could really make a difference.

Tourism is responsible for nearly one tenth of the world’s carbon emissions, with air travel being the main culprit, and the global tourism industry has been growing at an annual rate of around 5%. Although we can’t avoid air travel altogether, we can ultimately reduce the frequency in which we do – try taking your summer holiday break within the country and check out the destinations near you.

5. Swap your plastic toothbrush for bamboo

On average, each person throws away up to 40 toothbrushes per decade, that’s approximately 320 toothbrushes each! Plastic toothbrushes take hundreds of years to fully break down and of course, there’s the risk of it entering our oceans and harming sea life.

Four years ago I saw a photo of a toothbrush inside the belly of an albatross chick and stopped using plastic toothbrushes.

Emma Priestland, plastic-free campaigner at Friends Of The Earth

A simple swap to a Bamboo toothbrush, that once finished with, you can compost the handle and recycle the bristles, is a much more environmentally friendly alternative.

More than 90% of all Amazon rainforest land cleared since 1970 is used for grazing livestock. However, it takes almost 20 times less land to feed someone on a plant-based diet than it does to feed a meat-eater. With this in mind, opting for a vegetarian or vegan diet even a few times a week could dramatically reduce environmental impact, whilst maintaining a balanced diet.

We know that power requires energy, energy that has come from power stations who traditionally rely upon burning fossil fuels. This is a process that has significant health and environmental impacts, including air and water pollution, environmental degradation, and global warming. On Saturday 30th March 2019, millions of people around the world switched off their lights to show their support for Earth Hour but on a day-to-day basis, you can make a difference, save energy, and costs, just by turning lights off as you leave a room, turning the TV off at night and more!

As your spin cycle comes to an end, all of the water filled with your washing detergent is washed down the drain and enters our oceans. This washing detergent contains chemicals that are impacting and killing aquatic life. Innovations such as the Ecoegg, a plastic egg containing ‘scientifically tested, hypoallergenic cleaning pellets’ that activate in water, is an alternative way to clean the dirt out of your clothing, with a clean conscience, as it contains no harsh chemicals and lasts up to 720 washes.

Little acts by all, will help us to leave the planet in a better state than we found it! 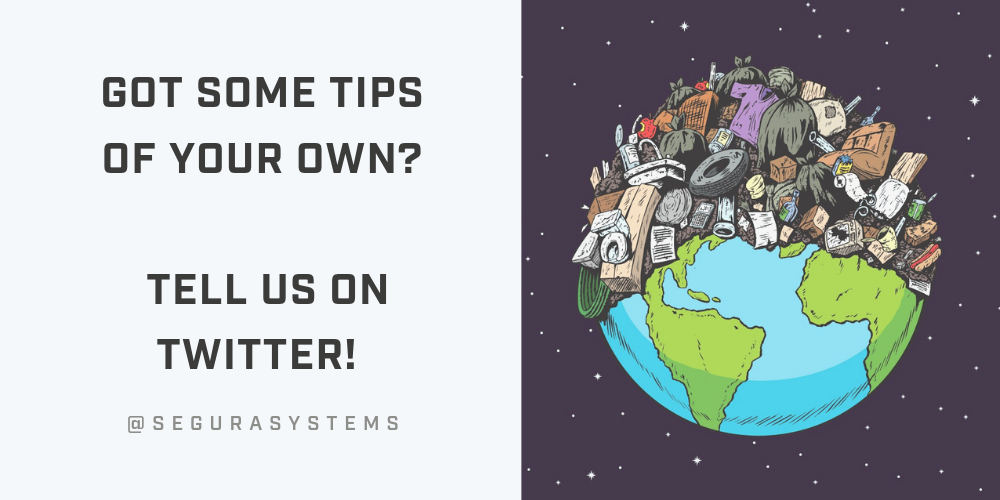